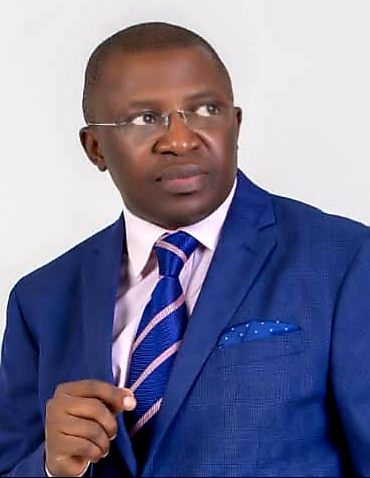 The former Deputy Managing Director of the Guarantee Trust Bank, Mr. Kayode Adaramodu, has declared intention to contest the Ekiti governorship poll in 2022 on the platform of the People’s Democratic Party (PDP)

Adaramodu said he joined the race following intermittent calls from the people of Ekiti to deliver them from the alleged bad leadership by the ruling All Progressive Congress-led government in the state.

Declaring his intention in Ilawe-Ekiti on Sunday while addressing his supporters across the 16 council area of the state, the United Kingdom-based policy expert vowed to succeed Governor Kayode Fayemi whose tenure ends in 2022.

He said his quest to become governor was not to enrich himself as God but to rescue Ekiti peoples’ from the shackles of poverty, insecurity, unemployment, under-development and make life more abundant for the masses.

According to him: “I am entering the race because of my conviction that public service is about helping people to solve problems and live their dreams.

“The main drive is my passion for a challenge of the prevailing skewed, under-performing system and a strong belief that we deserve more in return for our resources, enterprise and resilience.”

“This is not about me but about Ekiti. It’s about standing together and facing the challenges that confront our state and its inhabitants.

“This is not about party politic but about advancing the best ideas and seeing them through for the betterment of our people and land”.

He bemoaned what he described as bad governance in the state under Governor Fayemi, saying the APC government has pulled Ekiti back from the development trends it met when taking over in 2018.

Adaramodu said that Governor-Fayemi led administration had achieved nothing with no tangible thing to showcase when compared with the performance of his predecessors.

“If there is a man who is very good and intelligent in putting ideas together, it is Governor Fayemi. He and his team have the expertise in idealising.

“But you know what makes public service unique is the nature of public service itself. The way you implement public policy requires a lot of knowledge, expertise and a real touch with the people.

“Without mincing words, this particular government is very sound in talking. They are not doers. And they are not in touch with Ekiti people,” he added.

He promised to revolutionize the education sector and restructure the health sector in a way that quality healthcare service delivery would be decentralised with a view to make it accessible for both urban and rural dwellers.

He admonished former Governor Segun Oni whom he called his ‘worthy mentor’ to jettison his ambition and support him for the plum position, saying he has the political clout to galvanise the general electorates towards ensuring a resounding victory for the PDP. 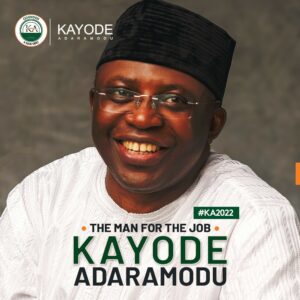 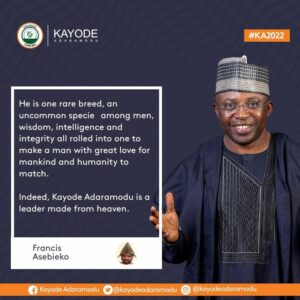