The club was inaugurated on the 10th of February 2008 as Fortunate Football Club with 18 registered players under the leadership of Mr. Adekunle Gbenga. The club was neither registered nor affiliated with the Nigerian Football Federation at the time. Mr Gbenga Adekunle, accompanied by Mr. Joseph Ilesanmi Fatukasi, a wonderful school teacher in Ilawe-Ekiti, later led this group of young boys who came from different communities in Ekiti to me to solicit for sponsorship. Before then, these two gentlemen had been using their personal resources to help the boys stay fit as footballers. I was excited because I saw the request as an opportunity for me to lend a helping hand to a ‘prepared set of young men’. All I demanded from them in return for my support was a promise of dedication and good conduct in their respective communities. They made the promise and the journey started in earnest.

We took the first step of registering the club on February 10, 2009 and we named it Ojoko Fortune Stars Football Club (aka Ojoko FC). The name Ojoko is in honour of my father, being the Chief Ojoko of Inisapetu, Aaye, Ilawe Ekiti.  A proper structure was thereafter created for the smooth operations of the club. 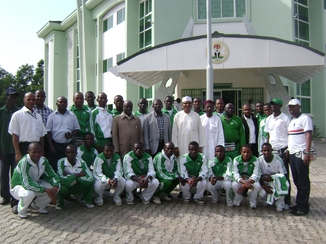 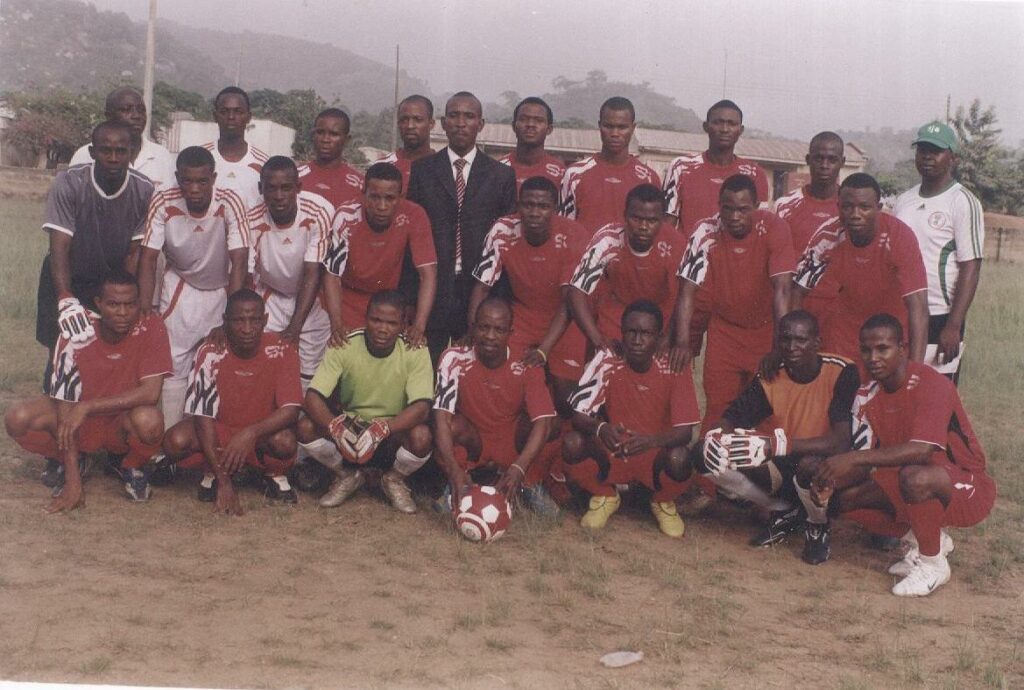 To provide a ladder for gifted Ekiti Youths to showcase their football talents to the world.

Ojoko FC began to participate in various football tournaments both within and outside of Ekiti with several wins and a few draws and losses. By November 2010, the club was in a position to represent Nigeria at the The WAFU-endorsed African International Youth Tournament (AIYT) in Sierra Leone. This historic achievement, which was the first time a football team in Ekiti would be playing in a football competition outside of Nigeria, was recorded with the help of the Nigeria Football Federation (NFF) Ekiti chapter, under the leadership of Dr Isaac Ayodele, and the mentorship of Chief Idowu Odeyemi and Late Chief Omodara.

Ojoko FC is a Nigerian Football Club, registered with the Nigeria Football Federation (NFF), with its registered base in Ilawe-Ekiti, the headquarters of Ekiti South West Local Government of Ekiti State, Nigeria.

Trip to Sierra Leone for An International Football Tournament

1 - Departure from Nigeria and Arrival at Sierra Leone

2 - From the Int'l Airport in Sierra Leone to GTBank Headquarters

7 - Reception for the team on return to Ekiti from Sierra Leone.

My experience with Ojoko FC has further reinforced my belief that talents abound around us. With the right opportunity and support, they will blossom! From the confidence and morale-boosting experience gained in the course of their international exposure, three of our boys had since then secured the opportunity of plying their trade outside Nigeria. One of our strikers joined a club in Ghana, the goal-keeper secured his own opportunity in Dubai-UAE and our prolific defender now plays for a club in Germany.